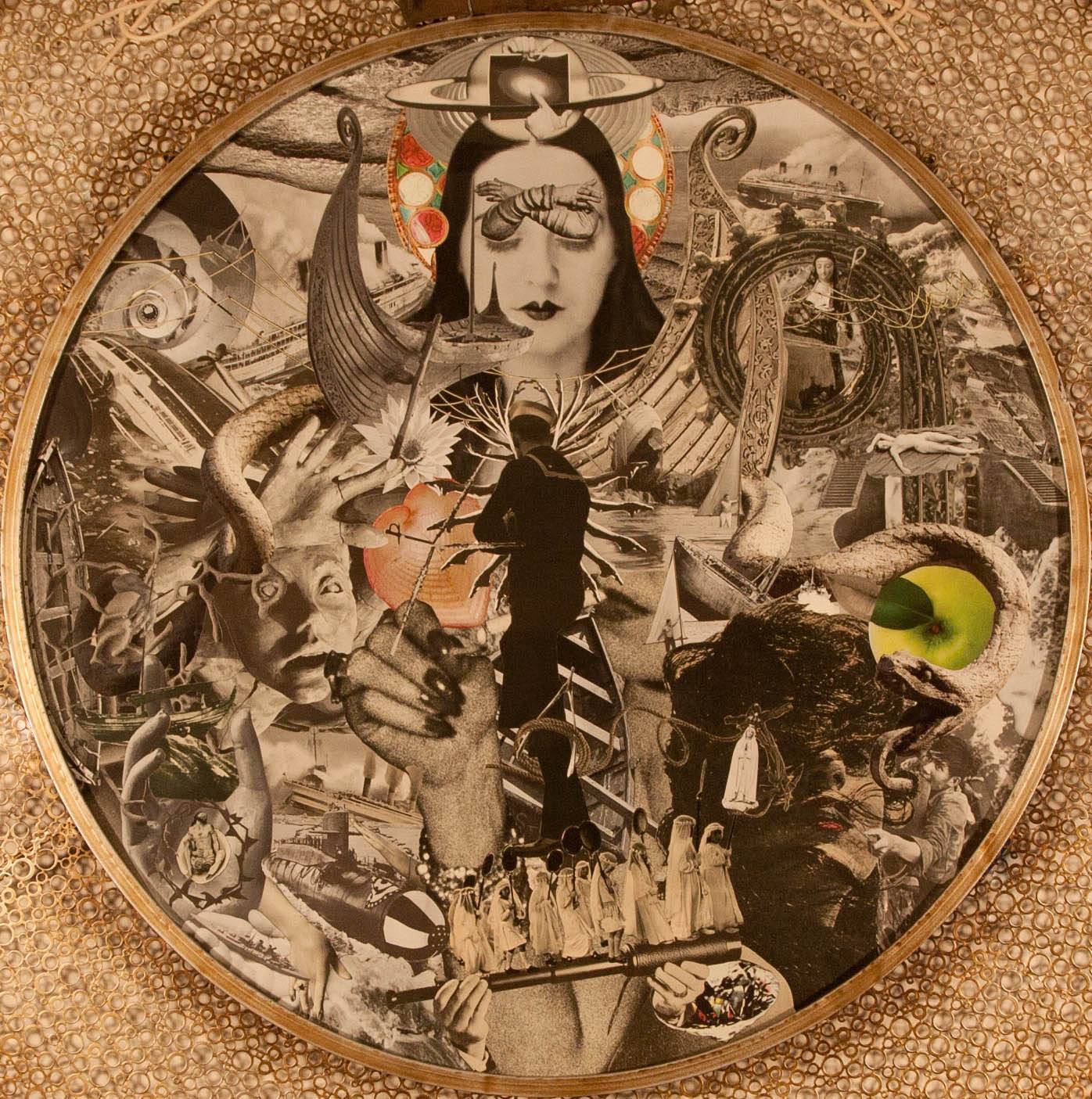 (68cm / 27" diameter) This composition attempts to capture the conflicting views of women as alluring objects of worship and of desire, be they emblems of potential salvation or destruction. The forlorn sailor in the center with his back to us standing in a vulnerable rowboat is framed by multiple female limbs in ballet poses. He is caught between a woman's lips and her bejeweled hand lighting her cigarette. Above him is a dispassionate image of a woman with saintly arms crossed over closed lids. Fragile telephone lines running left to right before her visage mimic the stormy motion of the sea. On the upper right, a bishop's staff encircling a statue of Mary is entwined with a Viking ship prow and leads to a nude on a blanket. A paper thin heart-shaped, rose-colored bougainvillea petal is pierced by banderillas and estoque. Shipwrecks abound, tossed by seas and, in the upper left, one is crushed by a spiral staircase wave. In the center left, a petrified face with crossed arms raised in alarm push away the tail of a stone snake, courtesy of Bernini?s central sculpture in Piazza Navone. The snake winds its way to the right, its head circling a green apple, evoking the temptation of Eve. The apple's green leaf morphs into a woman's lips. In the lower right, a panicked castaway grapples up from a wreck on a net that blends with a woman's tossed hair. At the bottom, a First Communion procession makes its way across a telescope representing vision, clarity, and balance. To the left of the eyepiece, a nuclear sub in a woman?s arms emerges from the waves. Further left, a dismembered Christ in a tortoise shell rests in the palm of a female saint's hand that holds up a sailboat cast upon a rock.